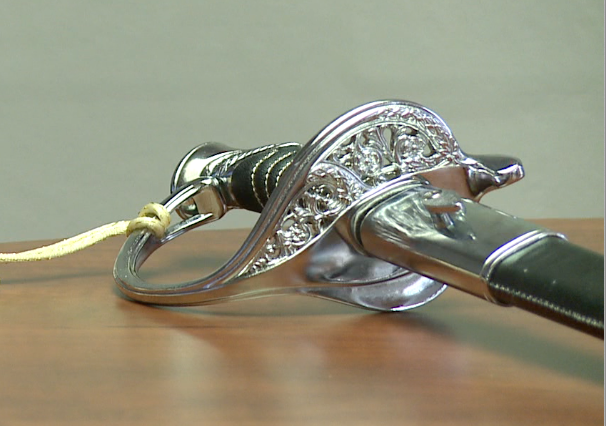 JACKSON, Tenn. — Once stolen, a late Marine’s treasured sword was returned to his widow Friday morning. In January, Kenneth Sikes’ NCO sword was stolen from his old home on Old Malesus Road. Sikes served as a sergeant in the Marines as well as a paratrooper, diver and special forces member from 1971 to 1975, before his death in 2013. Jackson police returned the souvenir given to him by his nephew. This past June, he and his wife would’ve celebrated 40 years of marriage. “And I know that the Marine sword, NCO sword, is very special, and so to be able to return it to Mrs. Sikes today is truly a great feeling,” said Tyreece Miller, a captain with the Jackson Police Department and a former Marine. The NCO sword is one of the U.S. armed forces’ oldest weapons still in service. It originally was carried during the Civil War and is restricted today to ceremonial events.