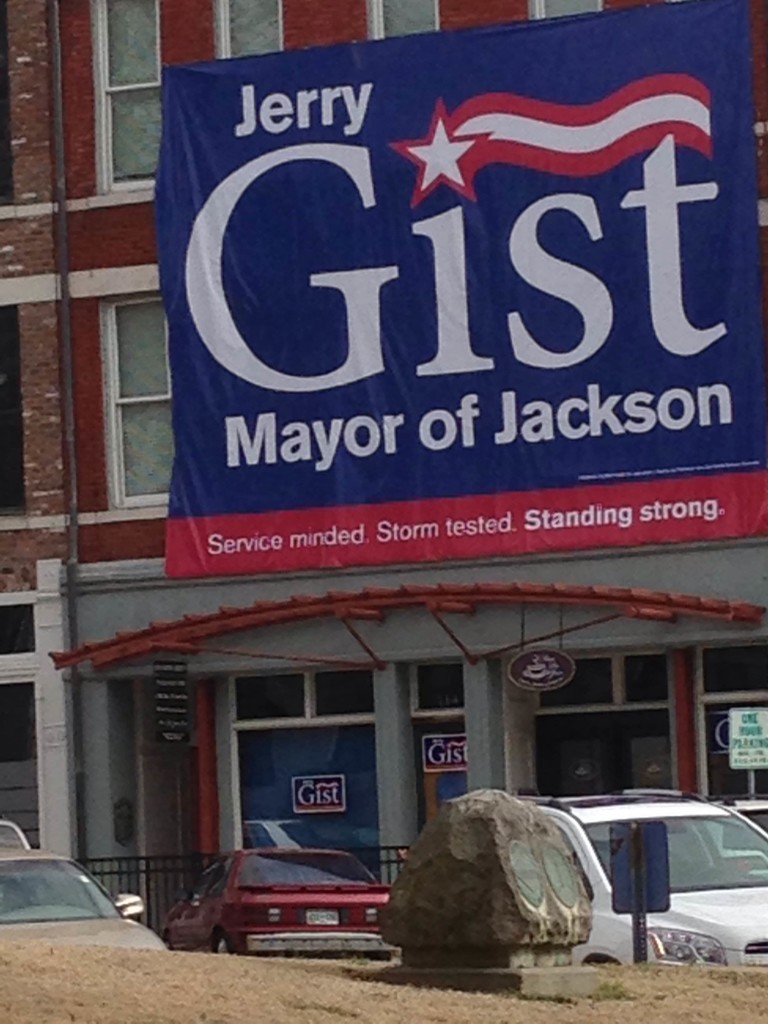 JACKSON, Tenn.-The controversial campaign sign up in downtown Jackson is down. On February 10, WBBJ 7 Eyewitness News was the first to tell you the city building and zoning department had asked Mayor Jerry Gist to take down the campaign sign because it was too big. City ordinance said a sign can only cover 25 percent of a building, but Gist’s sign covered about 45percent of the structure. WBBJ 7 Eyewitness News reached out to Mayor Gist, but he said he “will not give a comment.”