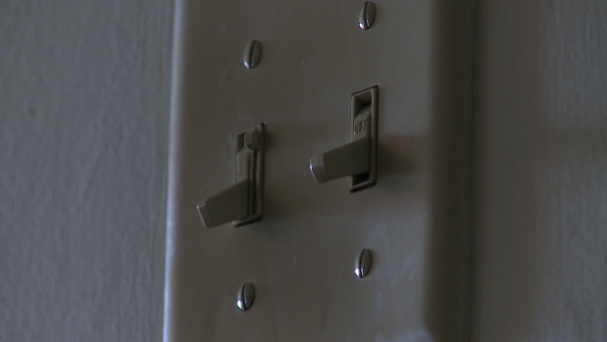 JACKSON, Tenn. — Turning of the lights is a simple but effective method to save energy. According to Chris Stanley, the spokesman of the Tennessee Valley Authority, this is all in an effort to make sure the company produces the needed amount of energy to make it through the cold spell. “We asked consumers to voluntarily reduce energy usage. Beginning this afternoon, or Wednesday afternoon, at about 3 and going until about Friday morning, maybe just a little bit later than that. Just because temperatures are so cold right now,” said Stanley. When the temperatures fall, the TVA sees a spike in energy usage. “Tomorrow morning is when we are expect to hit our all time peak possibly. If that’s gonna happen we’re gonna need folks just to think about maybe not raising that thermostat quite so high,” said Stanley. According to the TVA, turning down the thermostat just one degree can save you up to three percent on your energy bill. You can also save by switching the direction of your fan from clockwise to counter-clockwise. This will pull the air up and circulate the room. Stanley emphasizes ways to minimize draft. “Make sure you place some towels, wrap some towels up, place them along your outside doors. That way you’re gonna have a block that comes against that cold air that is trying to come into your house.” Homeowner Thomas Vann said his family already takes strides to save money. “We went to the new bulbs that they’ve come out to save electricity.” said Vann. All the efforts will help everyone save with the upcoming cold temperatures.