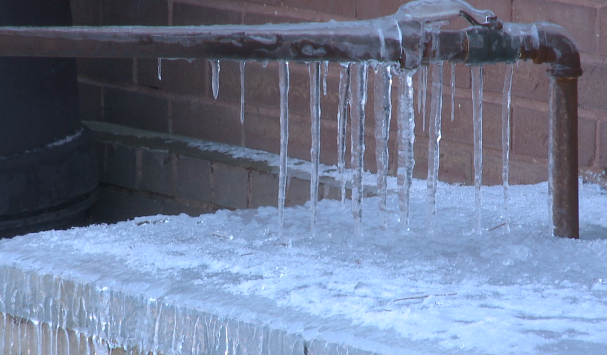 CHESTER COUNTY, Tenn. — Mysterious “boom” noises are startling people across West Tennessee. Early Thursday morning, the “frost quakes” were reported widely across Chester County. “It just sounded like a big boom,” resident Sharon Stovall said. “It sounded like an explosion to me.” Chester County residents were left scratching their heads overnight and into Thursday morning after hearing those loud noises outside but with nothing appearing unusual. “And so I thought, ‘oh goodness, the ice has taken down a tree in the backyard,’ so I went out back and checked. No tree was down,” resident Beverly Morton said. Those noises are reported to be cryoseismic booms, commonly known as “frost quakes.” When the temperature drops dramatically, frozen water under the ground expands. The frost quakes are caused when that water expands quickly, producing an explosion-like sound. “It sounded just real loud, and I thought it was ice that was melted, falling off my roof and hitting my deck,” Chester County Emergency Management Director Johny Farris said. Farris said the booms woke him up in the middle of the night. “If you had ever heard a tree fall and hit the ground real hard, that’s what it sounded like, just doing it right in your front yard,” Farris said. Stovall described the sound as startling. “I got up trying to figure out what was going on because I thought someone had run into the house.” Morton, Stovall’s co-worker, said she was relieved to know she was not the only one alarmed. “When I got to work this morning, I started asking everybody about these strange noises, and everybody’s heard it — this mysterious boom,” Morton said. Both said at one point in the night the quakes actually shook their homes. Experts say the quakes typically occur between midnight and dawn during the coldest part of the night. While it is not an official report, Farris said he has received at least 50 calls about the quakes.