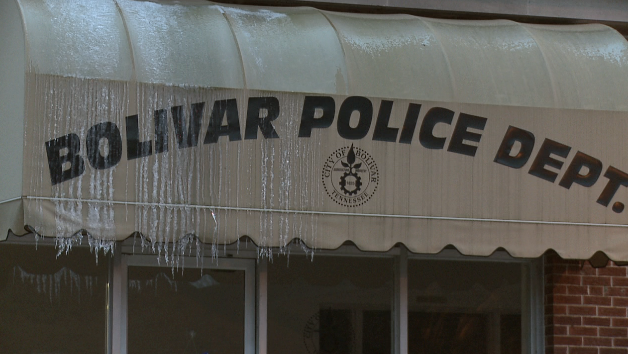 BOLIVAR, Tenn. — A shooting in Bolivar Monday morning sends one man to the hospital with a wound to his face and has another on the run. Bolivar Police Chief Pat Baker said the shooting happened on Mitchell Street in east Bolivar and that it is not the first in the neighborhood this year. Most neighbors were too afraid to speak on camera but said after hearing the shots Monday morning they hit the floor like they normally do. “We have had several shootings lately in this area, and it’s just kind of scary,” Dietary Jarrett said. Baker said several people were gathered inside the home on Mitchell Street when an argument broke out shortly after noon. He said that is when the suspect pulled out a gun. “I was outside coming into the house, and I was putting my clothes in the laundry, and I just heard gunshots — ‘pow, pow, pow,'” Jarrett said. Baker said the 26-year-old victim suffered a single shot to his face. He said someone drove him to Bolivar General Hospital’s emergency room where he was then airlifted to Regional One in Memphis. Jarrett said the numerous shootings in her backyard has left her fearful. “Mostly for the grandkids because I can duck, but like I said bullets don’t have any eyes, so it’s kind of scary,” she said. Baker said the police department has a person of interest they currently are looking for who faces at least one count of attempted murder.