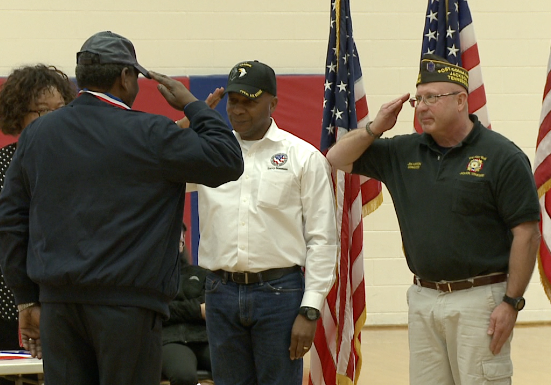 JACKSON, Tenn. — Honoring military contributions in this month’s celebration of black history, local veterans from the Vietnam War were honored Monday. At North Parkway Middle School, nearly 20 service members from that conflict were honored by school officials, local veteran organizations, and city officials, including Councilman Ernest Brooks. Officials at North Parkway hoped students could take something away from the dedication, and sacrifice, exhibited by these men. “I hope they feel that the people who have served in our military forces love this country and that because of that love that they have for our country that they are able to be in school and have a good education,” seventh grade teacher Mal Matthews said. Historically, the Vietnam War was one of the most deadly and costly conflicts in U.S. history in which more than 58,000 American troops did not return home.