Look out for a scam at the ATM 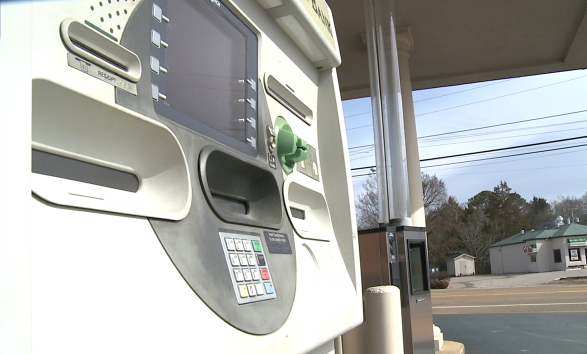 JACKSON, Tenn. — A scam of plastic and wires can make it easy for criminals to get your information. One woman in Savannah fell victim to the crime. “We were notified by the bank that they had detected it on their equipment and then our officer went there and they were able to instruct them on how to remove it,” Savannah Police Chief Gary Will, Jr. said. Officials said when you go up to the ATM and slide your card, scammers can immediately access the number. All it takes is a quick punch of your pin number and a camera from up above can read the order you type in the digits. “They’re receiving this data as it transmits it to them, and then they’re able to steal the credit card number an the PIN number that way,” Chief Will said. In the case of this crime, officials believe it is two Romanian National juveniles, with a record of being in the United States since last November. The alleged criminals are in custody in Alabama after being arrested for a similar crime. “You wouldn’t think anything like that would happen, not like that,” Savannah resident Ashleigh Bennett said. Chief Will said this is not a new crime, but it has made a comeback because people are becoming less aware of it. That is why he said community members need to know what to look for. “When in doubt, just go to an ATM or another bank and notify the bank something looked wrong, or call us,” Chief WIll explained. The two juveniles in custody in Alabama could face theft, fraud, and other charges. As far as the location of the crime, officials said they are not releasing the bank’s name because of security reasons.

Pet of the Week: Milo