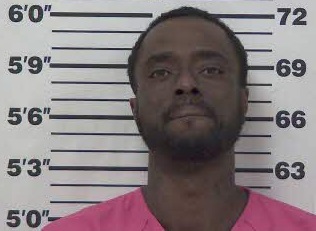 LEXINGTON, Tenn. — One of the two men injured in a shooting in a Walmart parking lot is now a suspect. Investigators said the two were in the same car and each fired shots. “At some point, an altercation breaks out between the two parties involved and they subsequently exchange gunfire inside the vehicle,” Capt. Middleton with the Lexington Police Department said. Residents said the crime in such a public area has startled the community. “I go to Walmart here in Lexington probably once a week, so now when I’ll be going, I’ll be looking to the left and the right to be a little bit more attentive of who’s in the parking lot,” James Lankford, who works in Lexington, said. Middleton said Corri Fuller, 36, was shot in the arm and that the other man, whose name is not yet being released, was shot twice in the back. One of the men was taken by a private car to Henderson Community Hospital, and Fuller later showed up at a hospital in Jackson. Both men later were flown to Regional One in Memphis. “We’re still in the process of looking at physical evidence, serving search warrants to hopefully lead us to the reasons why the shooting occurred,” Middleton said. He said it is still unclear what started the fight but that they did have enough evidence to charge Fuller. He faces attempted first-degree murder, tampering with evidence and firearm charges. Lankford said an arrest puts him at ease. “I’m glad to see they’ve actually made contact with somebody to arrest,” he said. “I just hope they find out what happened.” Officers said more arrests are likely in this case. Middleton said Monday at last check the other man injured in the shooting is in the hospital in stable condition.