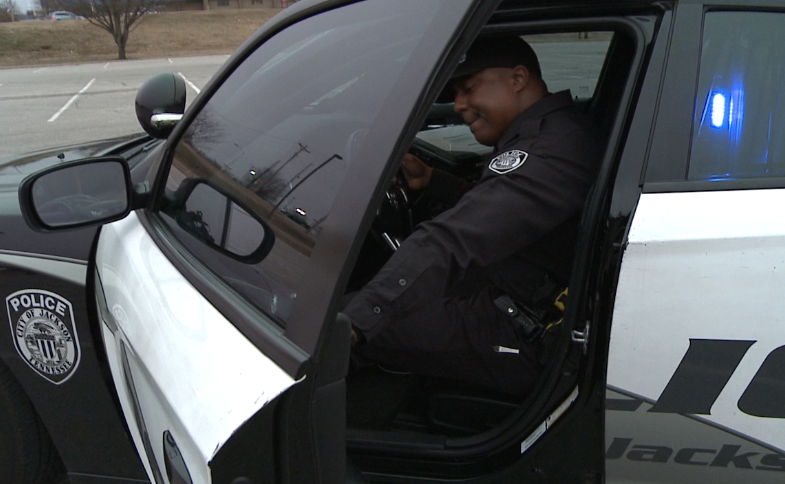 JACKSON, Tenn. — Jackson police Sgt. Mike Thomas is recovering from the first of many surgeries after a Sunday night attack. The assault serves as evidence of just how dangerous life is for police. From making a traffic stop to serving a warrant, officers know every day their job could cost them their lives. WBBJ 7 Eyewitness News rode along with a Jackson patrolman Wednesday night who showed what it takes to protect the streets of Jackson. “This is not TV. This is real life,” Officer Curtis Cozart said. “At any given time, anything can go wrong.” Cozart gets into his patrol car every afternoon, cruising the streets of Jackson and always ready for the unexpected. “I very rarely let my guard down,” Cozart said. “Because I never know what’s going to happen on or off duty.” But every now and then something does happen, such as this past Sunday’s vicious attack on 26-year Jackson police veteran Sgt. Mike Thomas. “I really don’t think people understand how tough our job is until something like that happens,” Cozart said. Although Cozart has only been here in Jackson for two years, he said he knows what happened to Sgt. Thomas could have happened to any officer. “I’ve been faced with that before, and it was scary,” Cozart said. “I won’t sit here and lie to you — I’m not a small guy, and it wasn’t fun.” Cozart said whether an officer is pulling someone over or simply getting a drink on their break, danger is never far away. “You never know who’s in the mindset that day, ‘hey, I may want to kill a police officer or I may want to beat up an officer or fight a police officer,” Cozart said. But no matter the circumstance, Cozart said he always reverts back to his training. “Officer safety is the No. 1 formula of going back home to your family every single day,” he said. Cozart said although this is the toughest job he has had, it is also the most rewarding because he gets to interact with so many good people and keep them safe every day.