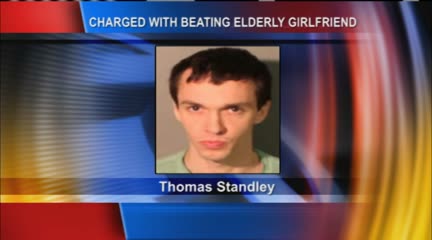 MEMPHIS, Tenn. (AP) – Police say a 28-year-old man has been charged with assaulting his 92-year-old girlfriend in a Memphis duplex.

In an affidavit, police described Standley as Robinson’s live-in boyfriend and roommate.

Police said Robinson’s daughter, who lives next door, heard her mother tell Standley, “Let go of me, you’re hurting me.” When Patricia Haynes went to check on her mother, police said Standley pushed Haynes out the front door.

Robinson told officers Standley choked her and shook her violently because she didn’t want to take her medicine. She refused medical treatment.

Standley was being held in jail Wednesday. His arraignment is set for Thursday. Online court records do not show if he has a lawyer to comment on the charges.