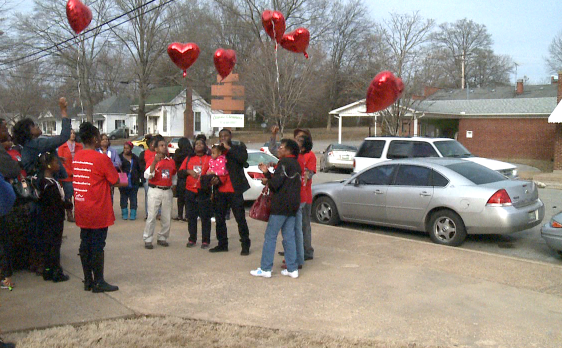 BOLIVAR, Tenn. — The family of a young man shot and killed in December organized an event to celebrate his life and promote a message. Clarence Minter was shot in Bolivar last December, and after several days in the hospital he succumbed to his injuries. His younger brother Caleb Minter has since headed anti-gun violence events to educate others and hopefully prevent similar situations from occurring in his hometown. “I just know God had a bigger plan for him, so we’re setting the tone to let others know it’s important to be able to communicate when you have an issue and not just shoot someone,” said Ruby Harvey, mother of the victim. During Saturday’s events, several photos of Clarence and “Stop the Violence” posters surrounded dozens of supporters. Caleb Minter, the younger brother of Clarence, said the community’s support is what’s needed to make change. “Stuff’s happening every day,” Minter said. “So I think it’s important so that the community becomes one, so we can put a cease to some of the stuff happening.” Minter said he’s raising Clarence’s 4-year-old daughter to hold value in helping others. He plans to continue his brother’s memory and the message of nonviolence through his music.