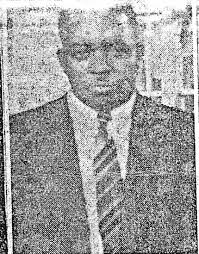 BROWNSVILLE, Tenn. — The West Tennessee Historical Society held a special presentation detailing the search for the first known NAACP member killed for his work in civil rights and talked about their plans to add a historical marker to the site. Jim Emison said he’s investigating the murder of civil rights activist Elbert Williams, who was killed about 75 years ago. Emison partnered with other academic agencies to find Williams’ unmarked grave, which he believed is in Taylor Cemetery. “We need to know what has happened in our history in order to understand who we are and how we got to where we are today,” Emison said. He said Williams was a member of the local NAACP chapter helping blacks exercise their right to vote. Many were met with opposition. They either received threats, were kidnapped or were run out of town. However, Williams stayed. “He was overheard planning a NAACP meeting, and that very night the police picked him up, and he was never seen alive again,” Emison said. WIlliams’ body was later found floating in the Hatchie River and then put in an unmarked grave, a grave Emison is now searching for. Emison said finding the grave and marking its significance will influence the future of the city. Resident Charlotta Ashworh agreed. “Our past is who we are, and until we can come to grips with who we are, we can’t go forward,” Ashworth said. Emison said they’re hoping to find Williams and place the historic marker on the grave by the anniversary of his death in June. To find out more about the case of Elbert Williams, visit www.elbertwilliamsmemorial.com.