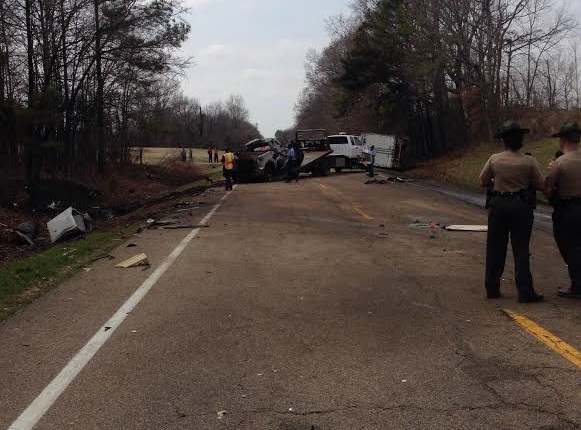 HAYWOOD COUNTY, Tenn. — Authorities have identified the two people killed Tuesday in a fatal crash in Haywood County. Patricia Hannah, 60, of Henning, was killed when the pickup truck she was driving crossed the center line and hit a tractor-trailer head-on, according to a preliminary report from the Tennessee Highway Patrol. The driver of the tractor-trailer, Dale Reynolds, 44, of Henning, also was killed in the accident, according to the report. The pickup was traveling eastbound on Highway 54 just outside of Brownsville, and the tractor-trailer was traveling westbound. Both vehicles caught fire upon impact, according to the report. THP officials confirmed they have sent in a specialist for the case.