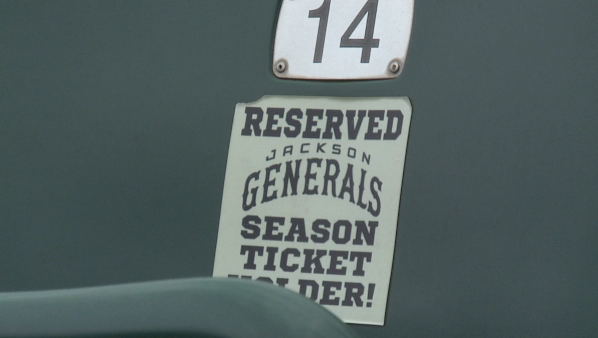 JACKSON, Tenn. – It’s all about having fun this season at the Ballpark at Jackson. “We brought in some additions to our fun zone. We’ve got a dunk tank this year,” said manager of promotions Nick Hall. “People can come out and dunk some familiar faces from the Generals, unfortunately.” “We’ve got a brand new playground down the right line. We revamped the whole fan zone area,” said the new ‘Voice of the Generals’ Brandon Liebhaber. That’s not the only curveball. When it comes to the game, a pitching clock will be added due to the new major league rules. “They’ll be a learning curve,” explained Liebhaber. “It’ll be interesting, but hopefully it’ll speed the games up and make people happy to come to the Ballpark.” Liebhaber says the combination of faster games will compliment the team’s style of play. “I think they’re going to be a really strong team. There’s a lot of excitement in the Seattle Mariners’ organization. That’s not always the case. Last year they finished a game out of the playoffs.” “That’s what we’re absolutely excited for. More runs are better for us,” smiled Hall. The generals staff believes this season’s fan experience is the total package. “I think the baseball team is going to be good, but regardless I think fans are going to have a lot of fun at the Ballpark,” said Liebhaber. The Generals play the Mississippi Braves on April 15 for their home opener.