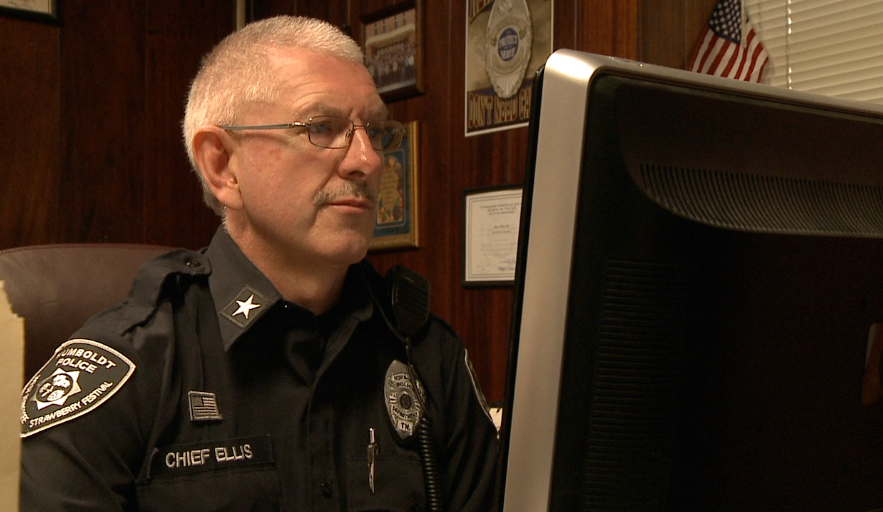 HUMBOLDT, Tenn. — The man credited with catching the suspected gunman accused of kidnapping and shooting a Humboldt banker talks about the arrest for the first time. Humboldt Police Chief Robert Ellis sat down with WBBJ 7 Eyewitness News to talk exclusively about just how quickly Dominic Williams was in cuffs. “We all apprehended him,” Humboldt Police Chief Rob Ellis said. “I’m no hero. I didn’t do anything different than anyone else would have done. I just feel blessed that we got him.” Standing in the department’s dispatch room Wednesday, Ellis says it was just another morning. That was until the 911 switch board lit up. “I could hear a voice on the phone with my dispatcher, and they were very frantic,” Ellis said. “That’s when I heard the word bank and I heard the word robbery.” Just a few blocks away from the department, police say Dominic Williams had kidnapped BancorpSouth employee Janeice Firsbee at gunpoint. Investigators says Williams wanted her to open the bank’s vault but that when she couldn’t, he shot her. “First and foremost, we needed to get this guy,” Ellis said. “I fully believed we were going to get him.” And in less than five minutes, they did. “I can’t go into detail, but the chain of events that led to his capture in my opinion was meant to be,” Ellis said. “I believe the Lord helped us.” From his dispatcher all the way up to the FBI, Ellis says everyone who responded was influential. “When you have citizens giving you information and patrol guys where they should be, that’s how it happened,” Ellis said. Through teamwork and preparedness, Ellis says this is one of the city’s finest hours. “What could have been one of the most tragic days in the history of Humboldt has truly turned into a celebration,” Ellis said. Ellis says he has been in contact with Janeice Frisbee’s family and is thankful she’s on the road to recovery.