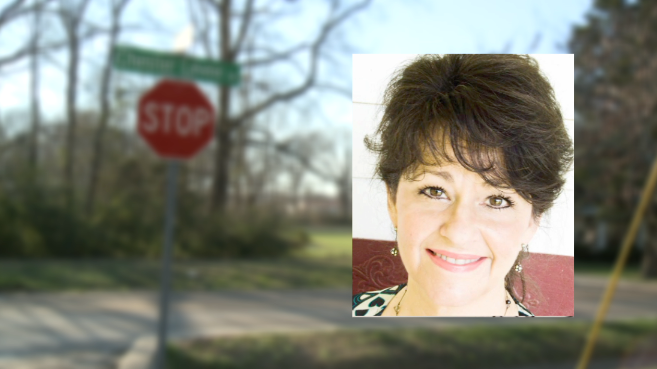 JACKSON, Tenn. — Neighbors give new details about the victim in Monday’s double shooting at a north Jackson bank. They say Virginia Dorris told them she had recently broken up with David Laster and was even trying to sell her home to get away from him. They said she commuted from her south Jackson home to her job at the Bank of Jackson on West University Parkway almost every day, working hard to change her life and get away from her former boyfriend who lived less than two miles away. “She was working hard, going to school, going to work and all that stuff,” next-door neighbor Song Robertson said. Song described Dorris as a motivated, hard-working woman who was trying to change her life. “She broke up with the boyfriend because she wanted to get as far away as she could,” Robertson said. Robertson said Dorris recently even put her south Jackson home on the market, trying to distance herself from Laster, who lived just two miles down the road. “I’ve never seen anyone check the mail there, never anyone outside, no pets,” neighbor Amy Delmonico said. She said it was a seemingly abandoned home until Monday morning. “As far as I knew, no one lived there,” Delmonico said. “So to come out and see six or eight cop cars there, it’s kind of like, ‘whoa, what happened?’ What’s going on?'” Delmonico said Jackson police officers dressed in SWAT gear raided Laster’s home soon after he’s accused of shooting and killing Dorris before turning the gun on himself. “It’s pretty tragic,” Delmonico said. “Not only was he a sex offender, but that he committed such a heinous crime on the other side of town.” Dorris’ next-door neighbor was heartbroken that their first time meeting each other was their last. “It was yesterday that I had just gotten to know her, and then she’s just gone,” Robertson said. “It’s so sad — I just couldn’t believe it.” Dorris’ neighbors said Jackson police also were searching her home Monday morning. They said she had the home up for sale for a little more than six months. According to the owners of Sculley Golf Course in Jackson, Laster was employed with them for a few months back in 2007. They said he was working there as part of a program that helped troubled individuals transition back into society.