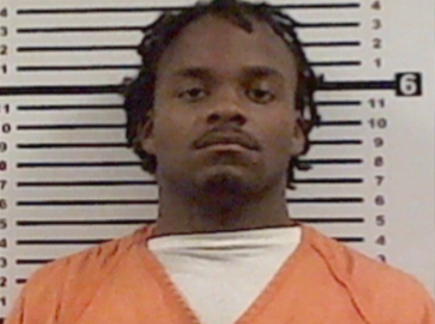 WHITEVILLE, Tenn. — Police say the man featured on a wanted poster circulating around Whiteville was hiding in the area. “You know if you do wrong, wrong will find you,” Chief Steven Stanley said. “Law enforcement is trained to hunt fugitives.” Stanley says key information led them to a house Wednesday on May Road. U.S. Marshals obtained a search warrant and arrested Jasmin Moore inside. “It’s a great feeling to have relationships with other law enforcement and we come together to keep the public safe,” Stanley said. While inside, police say they also discovered drugs and guns. Charles Parram-Wade is accused of helping Moore hide. Neighbors say it’s a good area to lay low. “It would be a good place to hide out here,” Dennis Hayes said. “There is not a whole lot of traffic. If he lay low, I can’t imagine if he’d ever get caught.” Police say Moore is facing a list of charges including aggravated burglary, child abuse, two counts of simple assault, trespassing and vandalism. As for Parram-Wade, he is being charged on two drug counts, unlawful possession of a firearm and harboring a fugitive. “That was kind of a surprise,” Stanley said. “When you open a case and you chase after it, there’s no telling when it will ever end.”