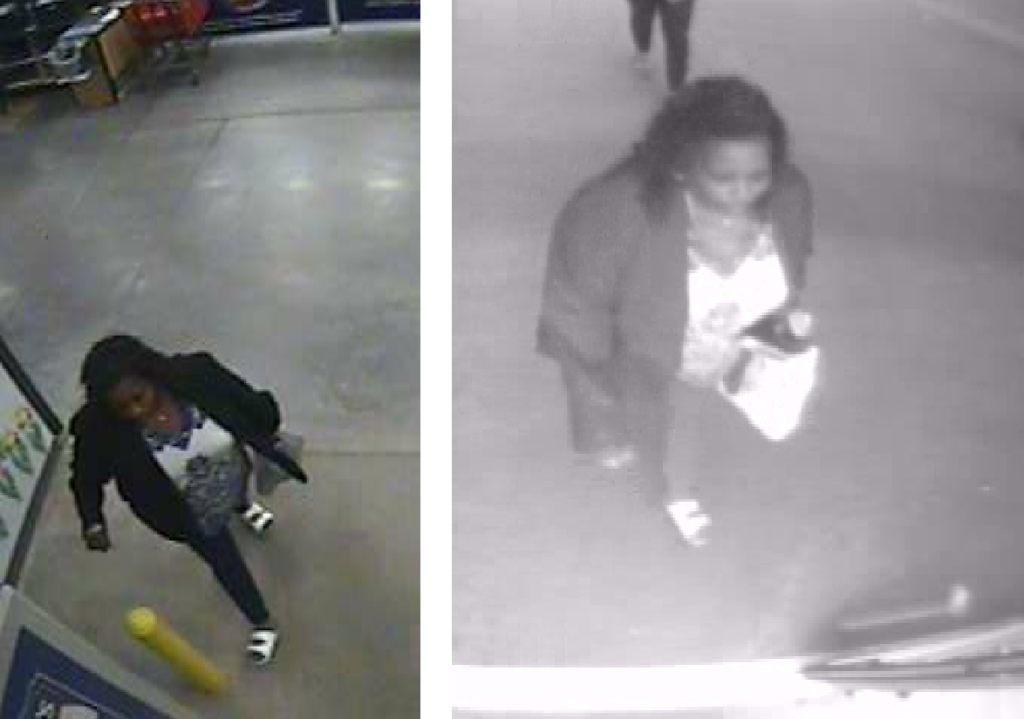 JACKSON, Tenn. — Jackson police are searching for a woman they say stole an elderly woman’s credit cards and used them to buy more than $1,000 worth of merchandise. The elderly woman’s credit cards were stolen around 5:30 p.m. March 20 while she shopped at Kroger on Stonebrook Place, according to a release from the Jackson Police Department. Within an hour of the cards being stolen, they had been used to purchase more than $1,000 worth of items at a local Walmart, Lowe’s and Family Dollar in south Jackson, the release states. The elderly woman gave police a description of the woman, and a woman fitting the description was seen in security footage at all three stores using the credit cards. Anyone who can identify the woman in the security images is asked to call Jackson police at 731-425-8400 and ask for Investigator Cagle or call Crime Stoppers at 731-424-TIPS (8477).