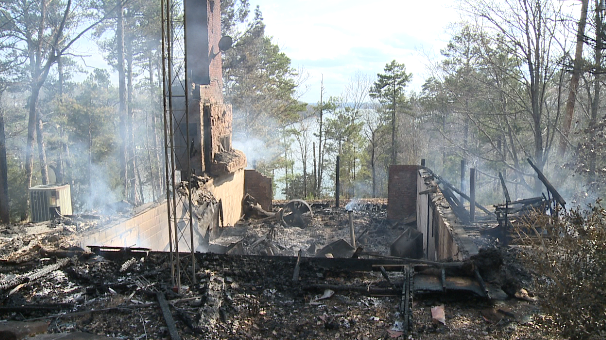 SAVANNAH, Tenn. — A home in Hardin County is ruled a total loss after being struck by lightning Tuesday night. Hardin County Fire Chief Melvin Martin said the house on Huckleberry Lane was fully engulfed in flames around 9:30 p.m. Tuesday. The house already had collapsed when firefighters arrived on scene. There were no injuries. Fire officials said the homeowner lives in Memphis and uses the location as a summer home. His claims adjuster estimates $400,000 in damages. “He said he couldn’t come down here. He seemed pretty distraught to learn from the fire chief stating that it was a total loss and that they tried to save it but there’s nothing much that they could have done,” State Farm claims adjuster Doug Hollingsworth said. Martin said 21 firefighters assisted in putting out the fire.