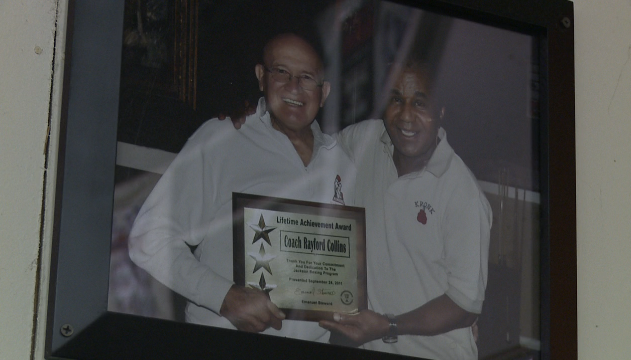 JACKSON, Tenn. — The West Tennessee Golden Gloves boxing tournament kicked off Friday night, but not without a heavy heart. For the first time in 57 years a local boxing legend was not there because of a heart attack. Coach Rayford Collins is still in serious condition at Jackson-Madison County General Hospital. But even after suffering two heart attacks since Thursday, his wife says he still wanted the tournament he held close to his heart to go on without a hitch. “Rayford Collins is Jackson Boxing Club, Rayford Collins is Jackson, Tennessee, Rayford Collins is Golden Gloves,” Rayford’s wife Rhonda Collins said. As the 85th annual West Tennessee Golden Gloves kick off a legend is missing. “A part of Golden Gloves is going to be missing and a part of me is going to be missing,” Rhonda said. Just one night before the tournament began Coach Rayford Collins suffered two heart attacks, putting him in the hospital. “It goes back several days,” Rhonda said. “Rayford had been complaining of pain in his jaw, in his chin, and in his shoulders.” But Rhonda says even though he can’t be there the show needed to go on. “He made me promise that I would continue for both nights” Rhonda said. “It’s his show and I will.” For the past 57 years, Rhonda says Rayford has showed students coming through the Jackson Boxing Club what hard work and dedication can do. “He’s affected a lot of lives,” Rhonda said. “There are kids in this program that I truly believe would not be alive today if it weren’t for Rayford.” But even though Rayford isn’t there, hundreds still came out to support his legacy. “I’m truly blessed that I can say that I have that kind of backing and Rayford has that kind of backing,” Rhonda said. Rayford Collins will be receiving a lifetime achievement award this Thursday during the Jackson-Madison County Sports Hall of Fame banquet. His wife says she’s hopeful he will be able to attend. Day two of the Golden Gloves will begin tomorrow night at 7p.m., tickets are $8 at the door.