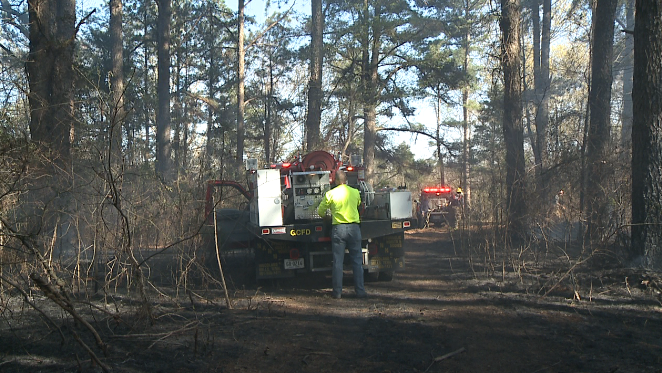 GIBSON COUNTY, Tenn. — A large brush fire kept firefighters busy Saturday afternoon in Gibson County. The fire began in a field behind a house on Concord-Case Road near Trenton and then quickly spread into the woods, according to fire officials. The call went out around 3 p.m. Saturday, and it took crews around an hour to get things under control. Firefighters said the fire swept through about seven acres of woods. Forestry services also were called in to help control the blaze. The cause is still under investigation, but fire crews are warning people to be careful when burning outside.