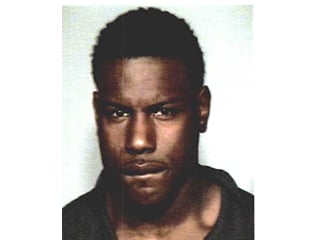 DOWNTOWN JACKSON — A man appeared Monday in Jackson City Court on numerous charges stemming from a Friday arrest. Sadarious Cole was taken into custody after a brief struggle with police after he was seen driving on a suspended license and then allegedly entered a stranger’s home, according to court documents. A search of Cole’s vehicle then revealed drugs and a loaded gun, according to police. Police say they saw Cole driving a pickup truck Friday in the area of Kenwood Circle. The officers say they knew Cole’s driver’s license was suspended. Before they were able to stop Cole’s vehicle, he pulled into the driveway of a Kenwood Circle residence and went inside, according to an affidavit. Police say they heard yelling from inside the home and that Cole immediately came back out of the house being followed by a woman. The woman told police she did not know Cole and that it scared her when he entered her home, the document states. Cole is accused of then showing officers another person’s driver’s license as his own before running from police while being arrested. Cole was apprehended with a Taser before being taken into custody, according to the affidavit. Police say the smell of marijuana led them to conduct a search of Cole’s vehicle, which revealed more than 71 grams of marijuana, a digital scale and a loaded Hi-Point 9 mm pistol, the document states. Cole is facing charges including aggravated criminal trespassing, possession of a firearm by a convicted felon, possession of a firearm during the commission of a dangerous felony, identity theft, possession of marijuana with intent to resale, possession of drug paraphernalia and resisting arrest, according to court papers. Cole is free on a $30,000 bond.