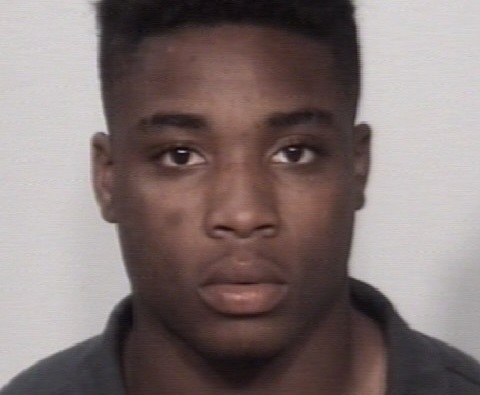 JACKSON, Tenn. — Police have arrested a man in a shooting that injured a Lane College student last week near the school. Jimtarius Hampton, 19, of Memphis, was arrested Monday night in Jackson and transported to the Madison County Jail, according to a release from the Jackson Police Department. Hampton is charged in the shooting last Thursday that left a Lane College student with a gunshot wound to the thigh. Hampton also was a student at the time of the shooting, according to Lane’s President Logan Hampton. Students said they are shocked to learn the person police said is responsible for last week’s campus shooting is one of their own. “I think that student-on-student crime and violence is always a sad thing to hear,” senior Shannon Foster said. “It’s kind of crazy because you’re just getting everything going so good and this wanted to happen,” sophomore Melvin Wright said. The college confirms Hampton was a student but has been suspended. “When a student violates our trust and code of conduct, then they lose their privilege from being a member of the Lane College community,” Chief of Staff Darlette Samuels said. Samuels said Hampton will not be able to return to the college. Police said they were able to develop Hampton as a person of interest with the assistance of Lane College staff. Hampton is scheduled to appear in court Wednesday morning on charges of aggravated assault, reckless endangerment with a deadly weapon and possession of a weapon on school property, the release states. Lane College President Logan Hampton states in a release that school officials are taking proactive steps including heightened security, zero tolerance for weapons on campus, suspension or expulsion for potentially threatening individuals and holding community town hall in order to ensure campus safety.