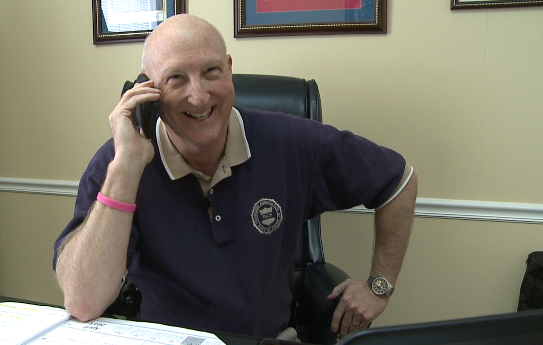 MARTIN, Tenn. — The City of Martin has a new police chief, and he may be familiar to many in the department. Longtime captain Don Teal was promoted to police chief Wednesday evening. Teal said the outpouring of positive support is overwhelming. “I’m proud that the mayor and aldermen have the confidence in me to move up to this position, and I’m going to serve the community and the city just like I have for the last 32 years,” Teal said. He replaces David Moore, who announced his resignation back in February to pursue a career outside of law enforcement. Moore had been with the department for more than 26 years. Teal’s first full day as chief will be Monday. “Well, it’s different. It’s going to take some time getting used to people calling me ‘chief’ and things like that, but I’ve been here a long time, so it’s going to take some getting used to,” Teal said.