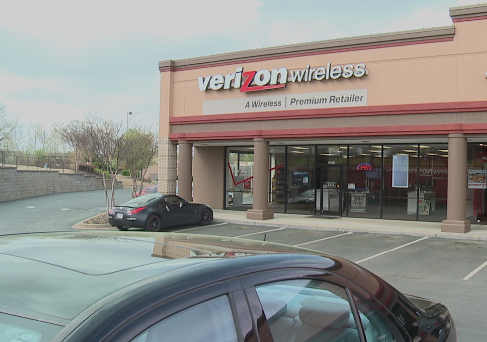 NORTH JACKSON — A phone store employee helped Jackson police catch a man accused of using different identities to obtain iPhones. According to an affidavit, the worker who helped with the arrest was warned a man matching the suspect‘s description had been spotted in Verizon stores around West Tennessee. A worker at the Verizon retail store on Stonebrook Place helped police catch the suspected crook, accused of using someone else’s identity to obtain an iPhone. “The activity that was being requested to be done seemed sketchy at best,” A Wireless sales consultant Corey Smith said. He said he called authorities. Police arrested David Gardner, who appeared Thursday in Jackson City Court on multiple counts including identity theft, criminal impersonation, criminal simulation and forgery. “I think it’s incredible that somebody like that was actually caught in Jackson of all places,” customer David Morgan said. “I mean, you‘d think it would be a larger town that they would get caught.” Investigators said Gardner used a Connecticut driver’s license with someone else‘s name on it to get the phone. Some customers said they are not surprised. “There’s so much going on right now that nothing surprises me much anymore,” customer Robbie Adams said. “I’m just sick of some of the things that’s going on.” Smith said they‘ve seen fraudulent activity in the past, especially with iPhones. “iPhone has become a household name and also it retains its value very well in the mobile industry, so it’s more targeted than anything else,” he said. The company encourages customers to pay close attention to their account, watch for any activity and follow up if they get a text from Verizon. The prosecutor told the judge Thursday they consider Gardner a flight risk. He currently is being held at the Madison County Jail in lieu of a $500,000 bond. WBBJ 7 Eyewitness News reached out to Jackson police to try and get more information about the alleged crimes, but we‘re told because it is an ongoing investigation the department does not have any information to pass on.