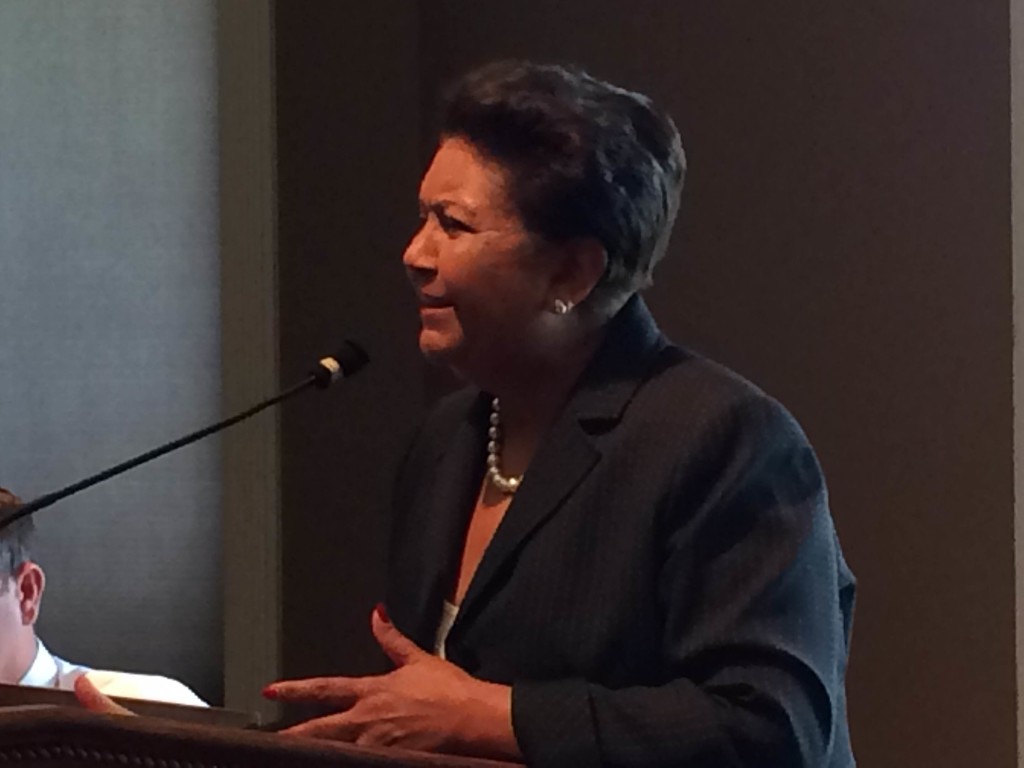 JACKSON, Tenn. — In an extremely close vote, the superintendent of the Jackson-Madison County School System has her contract extended to at least 2017. The school board was extremely vocal as they debated on whether to extend Dr. Verna Ruffin’s contract, but in the end the majority voted 5-4 to keep her at the helm for the next 2 years. “I do want to be very clear that I do enjoy being superintendent in Jackson-Madison County Schools,” Ruffin said. A vocal school board held nothing back as they debated Thursday night for more than an hour. “In my opinion, we don’t have the right fit,” school board member David Clifft said. “I’m sorry to say that, but I’m being honest.” One board member showing support for Ruffin said her performance is not why some want her out. “Some people do not want her here because she’s a female,” Janice Hampton said. “Some people do not want her here because she’s an African American.” But the big topic of the night was Ruffin’s recent evaluations. “One hundred percent of the categories reflected a lower score this year than last year from the board,” David Bratcher said The categories include tension with teachers and staff. “There are problems — uncomfortable situations between the employees as a whole and our superintendent,” Clifft said. But some members said the superintendent was rushed into the job. “When she came here, we were so highly focused on academic success that she didn’t have enough time to connect with her staff,” Hampton said. The 5-4 vote consisted of members Janice Hampton, Jim Campbell, Jeffery Head, Joe Mays and Truman Murray voting yes and Bob Alvey, Dave Bratcher, David Cliftt and George Neely voting against the extension. Ruffin now will be with the district until June 2017.