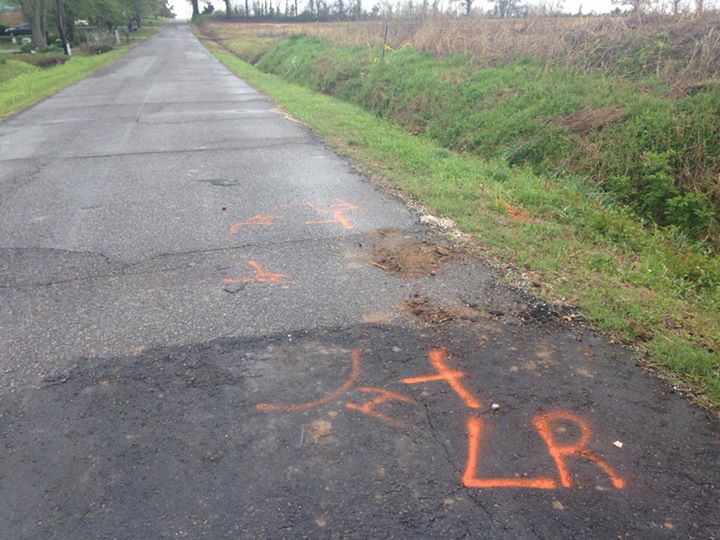 CROCKETT COUNTY, Tenn. — Three siblings and a friend, all under the age of 13, are in critical condition at Regional One hospital in Memphis after a UTV accident Sunday, according to Crockett County officials. Crockett County Sheriff Troy Klyce said the accident happened on Hicks Road off Jennings Road near Maury City. Orange spray paint and caution tape were still visible Monday along the street. One eyewitness, who did not want to be identified, lives across the street from where the Polaris Ranger Utility Terrain Vehicle accident happened. He said he was the first to call 911 and help the girls. “I saw them little girls there, and I just knew I had to do what I could,” he said. He said when he ran to the UTV, three of the four girls were unconscious. “The little bitty girl, she was crying, and she was, I guess she was in shock. So I picked her up and tried to comfort her and everything.” Crockett County Emergency Management Director Joe Jones said three of the girls were wearing seat belts. He said the girls are ages 2, 5, 11 and 13. Witnesses said the seat belts had to be cut off the girls before first responders arrived. “The seat belt was strapped around them, so then I got a knife and cut the seat belt straps, and then I picked up the UTV off them,” Jones said. Officials said all of the girls are in critical but stable condition. Injuries range from head trauma to broken bones and even internal injuries, according to Klyce. “They’ve got some pretty serious injuries,” he said. The Tennessee Highway Patrol is investigating to determine an official cause of the accident. Klyce said details are limited right now. “THP is investigating, but it appears they just lost control for some reason or another,” he said. Klyce said the UTV the girls were in had a roof and a roll cage. According to eyewitnesses, the vehicle was “banged up.” The full report could be available in weeks or months, according to THP officials. It’s unclear if there will be any charges from the accident at this time.