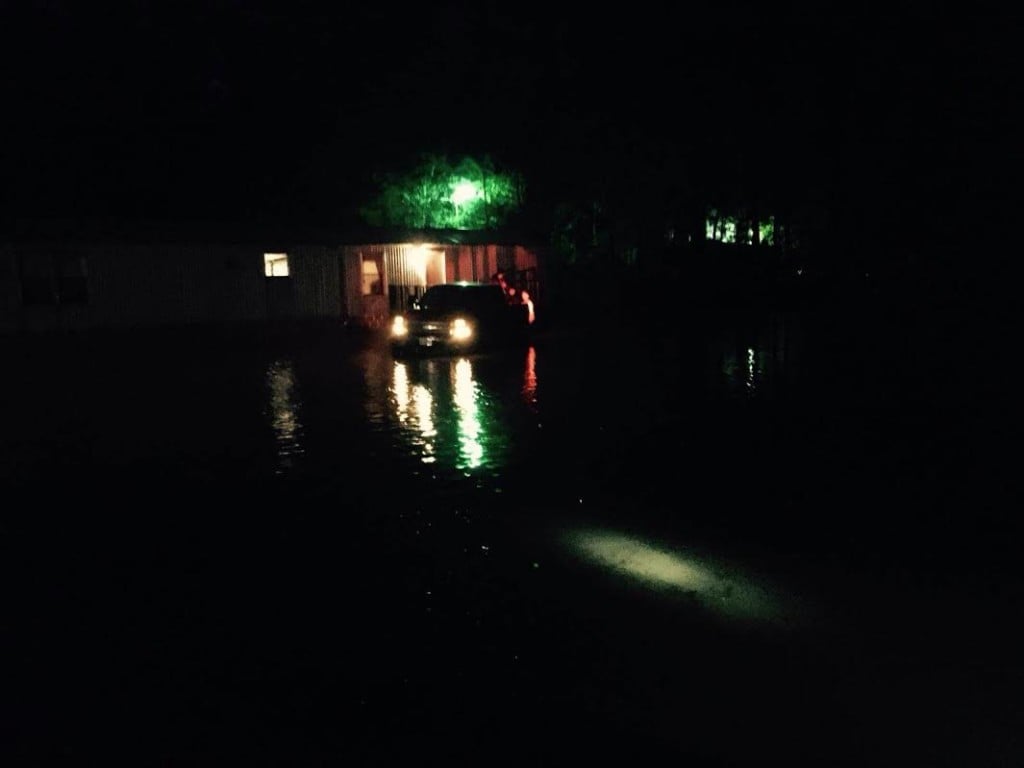 HENDERSON COUNTY, Tenn. — The Henderson County Rescue Squad saved a family of three from their home Wednesday night during flash floods. “We got up to a flood in the front yard,” homeowner Anglus Edwards said. Edwards said she had been sleeping before she noticed the water in her front and back yards. “The water was running so fast that it was as if you got down in it you would have been swept away,” she said. Henderson County Rescue Squad Capt. Jason Greer said he and his crew were dispatched to Edwards’ home around 10 p.m. “Water was approaching their porch — six foot deep in some spots,” Greer said. Edwards said she’s lived in her home for almost 20 years and had to call the rescue squad once before. She said flooding is a problem on her street. “I’m not the only one that’s dealing with it, but I get the worst end of it,” Edwards said. The rescue squad drove Edwards and two family members to a neighbor’s house for the night. First responders said recent rains have caused several homes to become flood prone. “A lot of the waterways and ditches have just been filled up, and a lot of the water just runs into the farm lands, and it was out in that area where they live,” Greer said. Edwards said even though she lives in a low-lying area, she has trenches built around her home to help flash flooding. “But last night it didn’t do any good for that,” she said.