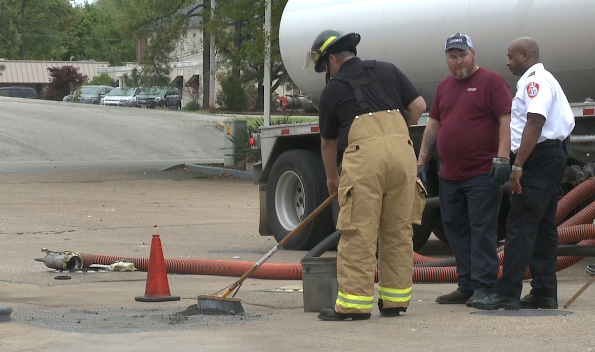 WEST JACKSON — Jackson firefighters remind drivers to be alert when trucks are filling up underground tanks at gas stations. Firefighters said a distracted driver ran over the hose as it was filling an underground tank around 12:30 p.m. Friday. It happened at the Shell station at Old Hickory Boulevard and the Highway 45 Bypass. Firefighters estimate at least five gallons of gasoline was spilled. Capt. Wemond Graham with the Jackson Fire Department warns drivers the outcome could have been much worse. “That’s a really dangerous thing to do,” Graham said. “We advise all drivers to be real cautious whenever you see drivers filling these field tanks at the gas station. That gas is extremely flammable.” The fire department cleaned up the gasoline. No injuries were reported.