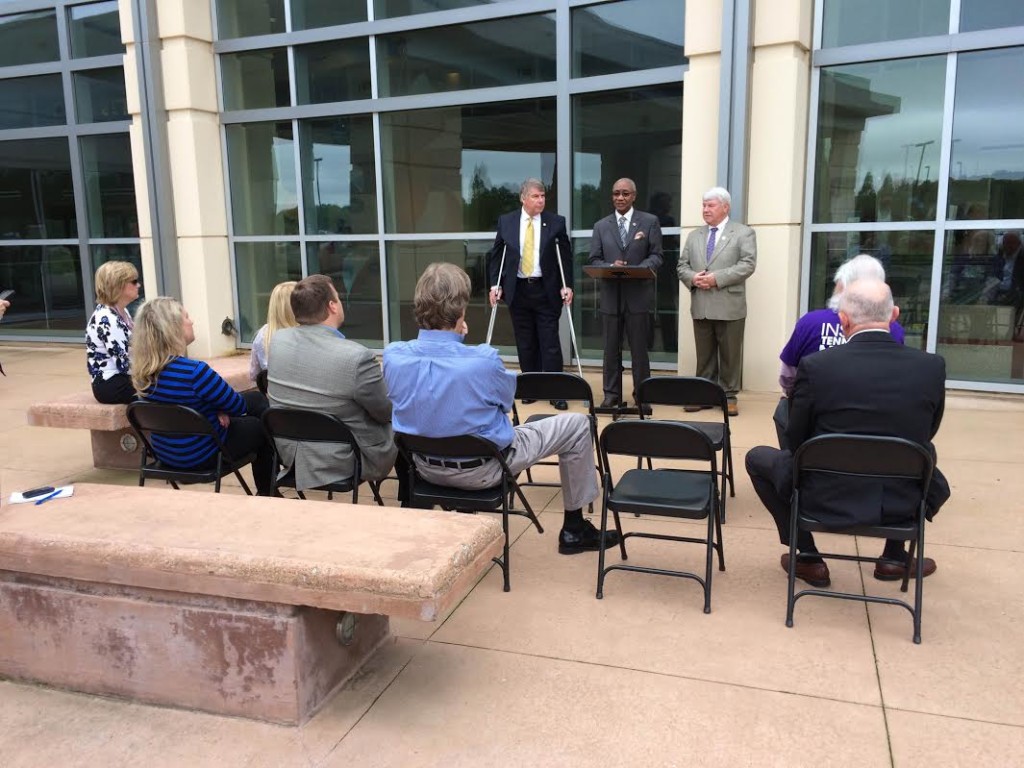 JACKSON, Tenn. — West Tennessee State Representatives Johnny Shaw and Jimmy Eldridge along with state Senator Ed Jackson joined forces to pledge support to help the uninsured in the state. The three held a news conference Friday morning on the grounds of Jackson-Madison County General Hospital. It was part of a series of similar events sponsored by the Tennessee House Democratic Caucus. Eldridge and Jackson are republicans from Jackson. The Tennessee State Legislature is scheduled to adjourn next week. This will be the last chance to get Gov. Bill Haslam‘s proposal brought to the House and Senate floor. It failed earlier in committee. Proponents say the measure benefits nearly 300,000 working, non-insured Tennesseans by allowing them access to affordable health care at no additional cost to the state. Hospital administrators, who support the plan, say the bill would keep rural hospitals open and allow for new jobs to be added in the state. “It’s important that no other hospitals close,” said Rep. Shaw, a democrat from Bolivar. “It’s important that we create more jobs and don’t give up on Insure Tennessee because it’s our money, and we don’t need to just give it away.” Shaw, Elrdidge and Jackson all voiced skepticism that anything will happen before their adjournment. However, they said they will continue to fight.