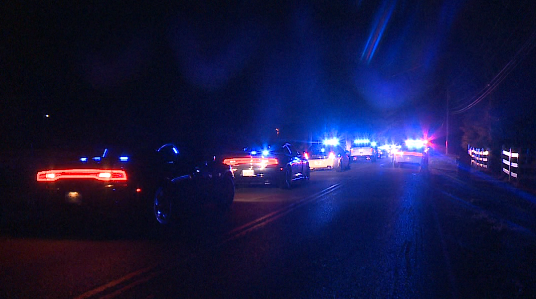 MADISON COUNTY, Tenn. — The man shot during a fight Thursday night at his mother’s home said the shooting was senseless. Aaron Morgan said he and family members were gathered for a wake for his sister who passed away last week. “We out here having a good time, we out here laughing you know, wasn’t nothing going on, just having a good time,” he said. Morgan said two uninvited guests showed up and that that’s when the argument started. “Somebody had drunk a little too much and asked a question like ‘why you doing this,’ and it started an argument,” Morgan said. When he tried to get the men to leave, Morgan said that’s when he was shot. “They yell ‘he got a gun,’ so when I seen it I started back pedaling and trying to get away but I slipped, and when I slipped, that’s when he shot me,” he said. Deputies rushed to the house on Pipkin Road around 9:30 p.m. Investigators believe alcohol played a part in the violence. Morgan agreed. “You got some people that drink and can’t hold their liquor, and they say anything at that moment,” he said. Records show this is not the first time deputies have responded to calls for service at the residence. Since 2013, dispatch records show 20 calls to the home. “We’ve been out there for domestic problems, mainly family issues, harassment, assault, orders of protection. It’s just been a frequent address,” Madison County Sheriff’s Department Public Information Officer Tom Mapes said. Neighbors said the area is typically quiet. “We don’t have much trouble in this area,” Vernice Nichelson said. Nichelson has lived in the area for 10 years. “That’s the first I heard up on Pipkin street.” Morgan said he was taken to the hospital by ambulance Thursday night and released with a single gunshot wound. He said he believes he was hit by a bullet from a .9-mm gun. Noting this as his first gunshot wound, Morgan said it comes with a life lesson. “I feel blessed, but you know it’s a lesson — you can’t jump up in everybody’s business,” he said. No charges have been filed against the two men still in custody. Their names have not been released.