Police invest in technology to protect and serve 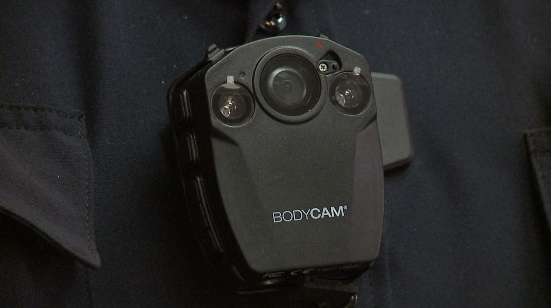 SAVANNAH, Tenn. — Law enforcement agencies across the country are being asked to prove their actions now more than ever before, and officers in one West Tennessee community are meeting those demands through on-officer cameras. However, even through grants they say to serve and protect can prove to be costly for taxpayers. Nearly every time someone in the city of Savannah is caught breaking the law and an officer is present, there will be video to prove it. Savannah Police Chief Gary Will Jr. says a grant that provided 14 new police body cams on his force is a big help to their department each time they go on patrol. “We’ll use them for DU investigations, crash investigations, things like that,” Will said. “But we also can use them for every encounter we have.” For some residents, these cameras make them feel safer. “Things happen that they say don’t happen, and things that don’t happen they say that do happen,” Cassie Letney said. But once a broken law is caught on camera, officers say that’s where the real cost begins to add up. “There’s hidden costs in there,” Will said. “Every now and then we’ll have to replace batteries. We also have to store all that video somewhere, so we have to buy computer storage space.” Will said that also doesn’t include officer salaries to sort data and keep videos in order. Each video also has to be kept until a case is completed, which could take years. Even though thousands of dollars will be invested, Will said you can’t put a price tag on keeping a community safe. “Like people say, a picture is worth a thousand words,” Will said. “We can show people what’s going on in their communities with these videos.” The Savannah Police Department got the grant through the Governor’s Highway Safety Office. Each officer from the chief on down is expected to wear one for the duration of their shift.