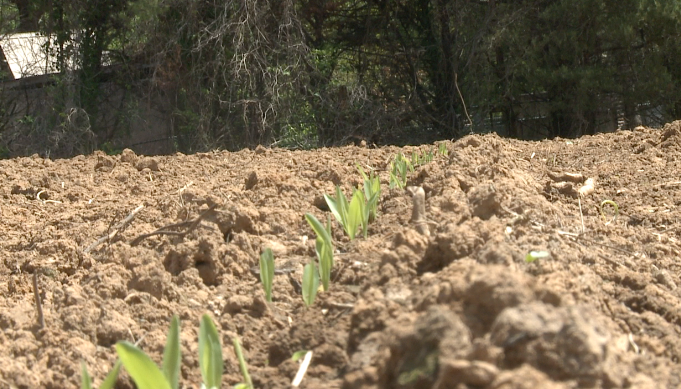 MILAN, Tenn. — Heavy rain and cooler temperatures cause problems for farmers throughout West Tennessee, especially for corn growers. State extension office researchers said the area has had so much rain it is nearly impossible for farmers to get seed in the ground. One farmer was fortunate enough to outsmart mother nature. The tilt of the hill he planted helped farmer Jesse Alexander, one of the few Tennessee farmers lucky enough to get corn planted so far this season. “A lot of people around here that was trying to plant the same day couldn’t believe that I was planting, but we moved,” he said. “I usually plant on the bottoms, but I moved up onto the hillside so it would dry up quicker.” Alexander’s clever farming method is helping, but it was not an easy task. “We actually worked it up wet,” he said. “We was having to fight the mud until mother nature broke enough to let it dry to get planted.” Corn and soybean specialists for the state of Tennessee say 40 percent of corn seeds should be planted by now, but due to the late freeze and over-saturated soils only 5 percent is in the ground. “A lot of times, if you do plant when it’s not warm enough the seed could lay and rot,” Alexander said. “So, you’re looking for the perfect temperatures. It’s got to be warm. You need the moisture to make the seed germinate, but we don’t need the moisture before we plant because it needs to be dry to plant.” Experts say the next two weeks are critical for those farmers that still have not gotten their corn crops in the ground. Typically, seeds should be in the ground by April 15 to have yields by the Fourth of July. Alexander was fortunate enough to get his in the ground by April 6. “We actually got planted a week earlier than last year, but we took a gamble with getting it in with the warm temperature,” he said. Unfortunately, the gamble continues for the rest of corn growers. Specialists said corn yields may be jeopardized for the rest of the season if weather conditions do not cooperate. Experts said farmers still are able to plant corn in May but their yield amounts will be lower, so they suggest switching to a bean crop.