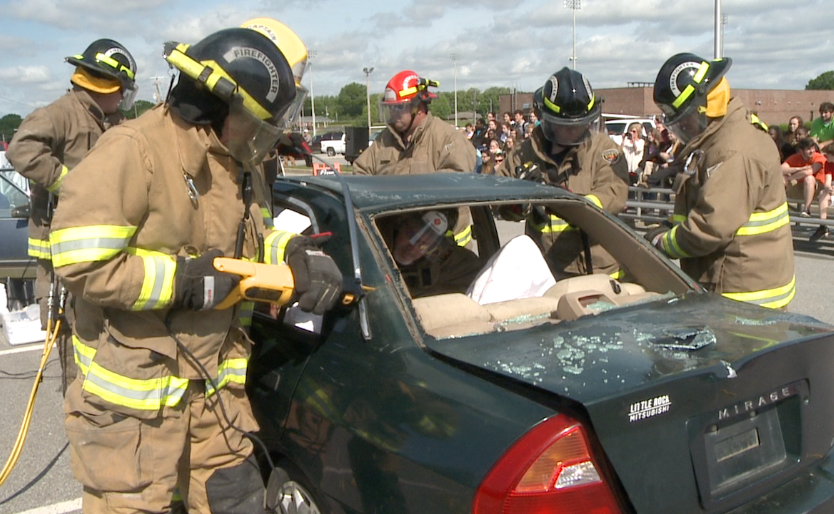 A mock car crash was staged Wednesday to remind high school students about the dangers of drinking and driving. At Trenton’s Peabody High School, the mock crash featured student “victims” who acted out roles of losing a friend to drunk driving. This is the 20th year for the event. Officials say it’s important to show students how quickly your life can change. “These are young children, everybody is going to make bad decisions in their life, and we hope to be able to show them first hand what happens when they make those bad choices,” Police Chief Will Sanders said. The mock crash was sponsored by the Trenton Police Department, Gibson County Sheriff’s Office, Tennessee Highway Patrol, Trenton Fire and Rescue, Gibson County Fire Department and Air Wing Rescue.