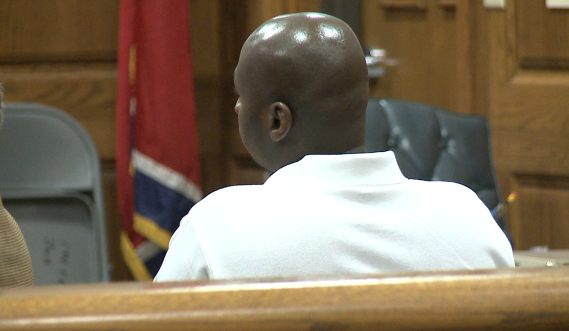 JACKSON, Tenn. — Opening arguments began Wednesday in the murder trial of a Jackson man accused of fatally shooting a friend of his ex-girlfriend. Ytockie Fuller is accused of shooting Algeron Lloyd Jr. in his car in March 2014. The prosecution presented a chilling phone call that captured the last moments of Algeron Lloyd’s life. “My days are numbered and I’ll soon be gone,” Lloyd said in a recorded phone call. Prosecutors say Lloyd was driving around running errands while he was talking on his cell phone to his friend Steve who’s serving time at an Illinois prison. Katherine Dickerson took the stand and told jurors she was in the car with Lloyd before things took a turn for the worse. Lloyd and Dickerson were sitting in a car outside Dickerson’s home. That’s when prosecutors say things took a tragic turn. “Hold up, Steve, this man has a pistol,” Lloyd said in a recorded phone call. Dickerson took the stand Wednesday and identified the gunman as Ytockie Fuller. “You think I’m something to play with?” a voice in the audio recording asked. “Who is the person that said ‘you think I’m something to play with,'” a prosecutor asked. “Ytockie,” Dickerson said. The prosecution has rested their part of the trial. The trial will resume with the defense on Thursday.