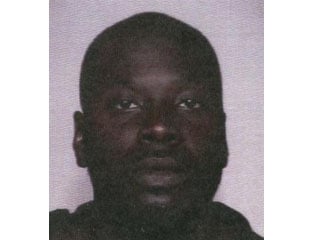 JACKSON, Tenn. — After just 30 minutes of deliberations Wednesday, a Madison County jury convicts Ytockie Fuller of murdering Algernon Lloyd last March. Closing arguments began in the murder trial of Ytockie Fuller Thursday. ” The truth is there is a murderer in this room, and he sits right over there,” Jody Pickens said. The prosecution argued Fuller’s fatal act was premeditated. However, the defense argued fuller acted in self defense. No weapon was found on Algernon Lloyd. It took the jury less than half an hour to reach their verdict ” We the jury on count one find as to the defendant Ytockie Fuller as follows as to the defense of first degree murder, guilty,” a juror member said. Fuller was also convicted of having a gun as a convicted felon. When the verdict was read, there was no emotion on the face of Fuller. Moments after the verdict, Lloyd’s daughter took the stand. Jasmine Lloyd told the jury, who was tasked to sentence Fuller, that her father did not deserve to die that day. ” I want them to know that the man whose life was taken on that day was not an ordinary man he was an extraordinary man,” Lloyd said. After Jasmine’s testimony, it took the jury about 10 minutes to decide Fuller’s punishment. ” We the jury unanimously agree the defendant should be sentenced to imprisonment for life without the possibility of parole ,” Judge Roy Morgan Jr. said. Ytockie Fuller will begin his sentence immeadiately. Lloyd leaves behind three children, he was killed by Fuller at the age of 64.