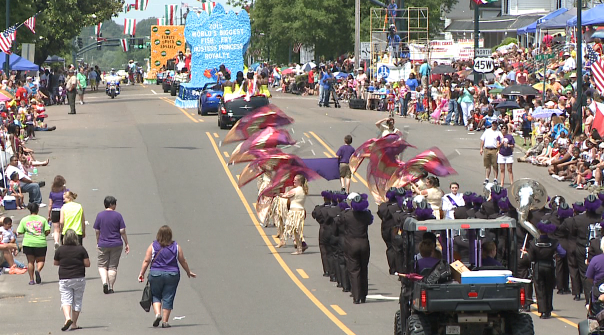 HUMBOLDT, Tenn. — The 78th annual West Tennessee Strawberry Festival Grand Floats Parade brought thousands to West Tennessee Friday. Lining Humboldt’s Main Street, many said they come every year. “I’ve been coming every year for the last ten,” said Juanita Bowden, who travels in from Bolivar for the parade. Donavin Stewart, 10, and his family had a front-row seat from their porch. “When people are driving out, we don’t get caught in all the cars,” Stewart said. He said he enjoys the classic cars and parade floats best. Parade viewers said it was more than just marching bands and beauty queens — it’s also about bringing a community together. “With so much going on in the country, there’s a lot of division, but here you see a lot of coming together,” Bowden said. “It doesn’t matter the race, the gender. It’s just people coming together for the common cause, and that’s just to enjoy ourselves here every year.” Officials said the weeklong festival brings more than 100,000 visitors to Humboldt each year. The festival ends Saturday with the crowning of the Territorial Queen and Miss Teen.