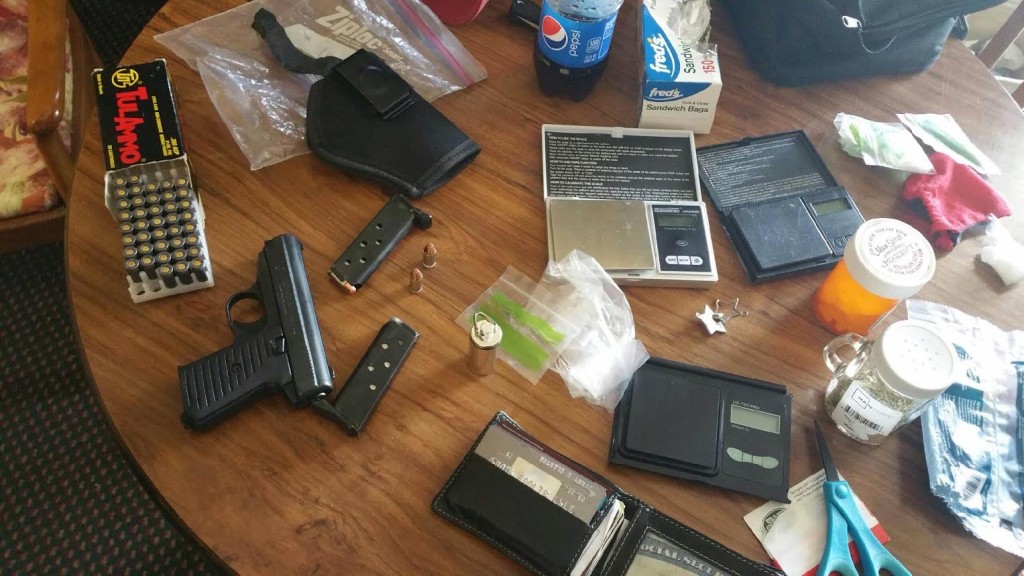 CRUMP, Tenn. — Owners of River Heights Motel found one of their guests unresponsive Friday morning. When police came to the scene, suspected drug scales led them to find not only drugs, but cash, knives, a loaded gun and other paraphernalia. “We entered inside the residence because the owner said he had entered in before we got there, and he was unresponsive,” Crump Police Officer Larry Wilbanks said. Officers said after shaking Jimmy Clanton several times, he woke up. He admitted he was on probation, and police said that is when they detained him. Police said seeing the scales caused the concern for Clanton to take a turn. “Plain view, as far as the scales and stuff — it was just a coincidence it was there when we made entry into the motel room,” Wilbanks said. River Heights Motel owners said in a statement, “We wanted to make sure the guest was safe and sound and was not in need of any medical attention. We tried to wake up guest as it was checkout time. After being unsuccessful, we called the authorities and they handled the situation afterwards. Our goal is to keep everything safe and sound for everyone on property. This kind of doing is not something we promote on our property and we do what is necessary to be a good part of our community. Our guests’ safety is our number one priority.” As a convicted felon, Clanton’s probation officer said he was charged with unlawful possession of a firearm. He faces that same charge as well as charges for possessing and intending to sell various drugs.