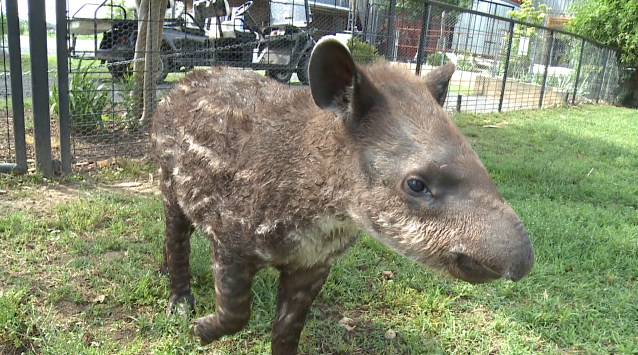 ALAMO, Tenn. — Mothers across the country celebrated a weekend with their families, but some animals at Safari Park are about to enter into motherhood as well. Claude Conley, co-owner of the Safari Park in Alamo, said there were plenty of new moms in the park. He said the expecting mother animals across the park could break records this year, which would mean about 100 to 200 births by the end of the summer. “We’ve had about five baby buffaloes born,” Conley said. “We’ve had some baby deer. We’ve hatched out some ostrich chicks, and we’ve got a bunch coming.” He said they’ve had 30 births in the month of May. Included in the expected future bunch are about a dozen offspring of endangered species. Dimitri, an 8-month-old tapir, is one of the endangered adolescents at the park. Even though he was transported to the park, Conley said they should have endangered species born at the park over the next couple months. Cyndi Armstrong and her daughter, Shari, took the tour as part of a road trip for Mother’s Day. Cyndi said she already can tell the animals are on the right path to motherhood. “Mothers are protective of their own,” Armstrong said. “I’m very protective. I have three, and I’m very protective of all of them.” Conley agreed and said the animals are readying their babies for the future and hopefully more generations for the park. He said they plan to add another 100 acres to the park in a near-future expansion. For more information, visit the park’s website at www.tennesseesafaripark.com.