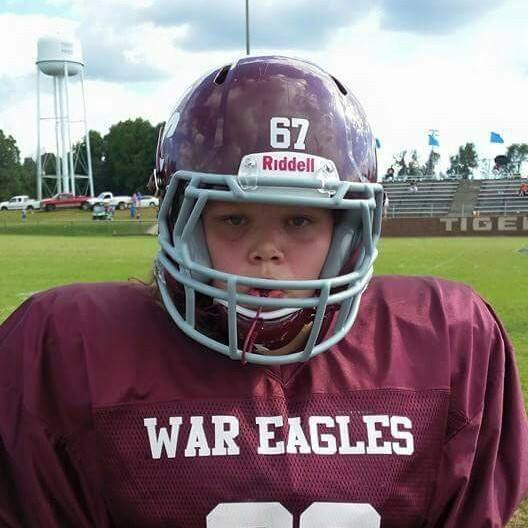 JACKSON, Tenn. — WBBJ 7 Eyewitness News first brought you the story about a West Tennessee girl denied the chance to play junior high football. Now, her story is drawing national attention and thousands of supporters for “Team Thalia.” An elite American athlete is joining the fight for Thalia Townsend, a 13-year-old girl who wants to play football for West Carroll Junior High School. But the coach will not let her because of her gender, and now thousands of supporters want to help her fight. “It makes me angry that here it is in 2015 we are still fighting a gender battle,” Adrienne Smith said. Smith is a women’s pro football player for the Boston Renegades. She also has represented the United States in international competition and launched a company called Gridiron Queendom, which was created by Smith to help promote football for girls and advocate for girls looking to join teams who are denied the chance. “I started Gridiron Queendom to help all the other girls out there that I know want to play this sport,” Smith said. “And I know sometimes they are facing this type of adversity in doing that because of their gender.” Smith says the company is helping spread Thalia’s story through WBBJ 7 Eyewitness News and will back her parents in any way possible. According to Gridiron Queendom, the best way to put pressure on entities that do not want girls to play football is through social media and word of mouth. Smith said Gridiron Queendom has helped solve several of these cases in two years, but while Townsend is sidelined for now, Smith has some encouragement. “She really seems to have a love for the game, and I want to encourage her to not let that love die,” Smith said. “Don’t let that dream die, and some dreams you have to fight for because some adults in this world don’t see what you see.” Townsend previously played two years of football for the 5th and 6th grade team at West Carroll Elementary. Townsend will begin school at West Carroll Junior High in the fall.

Poll of the Day: City of Jackson Spending