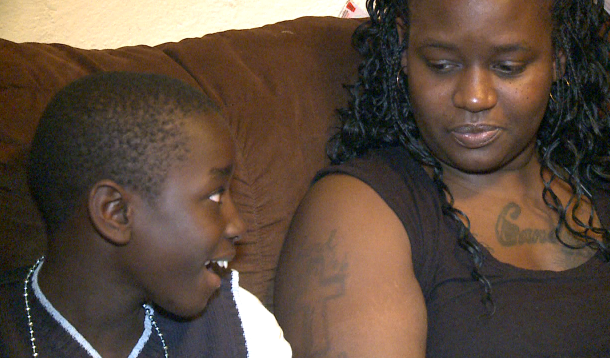 BROWNSVILLE, Tenn. — A West Tennessee mother wants answers after she says her son was physically assaulted by his teacher. Monday marked 11-year-old Cassidy Thomas’ first day back in class. His mother, Tamaera Edwards, said his teacher assaulted him 10 days before. Brownsville police confirmed they are investigating the case based on classroom surveillance video. Edwards said it showed the teacher grab her son by the shirt collar and appear to choke him. “She was telling me that she didn’t touch him and that he was a nice student,” Edwards said. Edwards said the teacher had no response once footage from the classroom’s surveillance camera was brought out by an officer. Though she said she asked for a copy of the video, police said no because it is an ongoing investigation. “I’ve gone to numerous places, and I talked to a lot of people,” Edwards said. “I still feel I’m getting nowhere.” WBBJ contacted Principal Sandra Humphreys, but she said she was unavailable to comment. School board chairman Harold Garrett said they did not want to comment until the investigation is complete. According to Edwards, the teacher remains in the classroom. “We send out kids to school to get an education, for one,” said Beverly Warren, parent of a current student. “You would think they would be safe at school.” Thomas said he does not feel safe but knows he has to go to school. “When I see her, I just look the other way,” Thomas said. “I don’t look at her at all.” Though Brownsville police said they are investigating, they declined to release any further details.