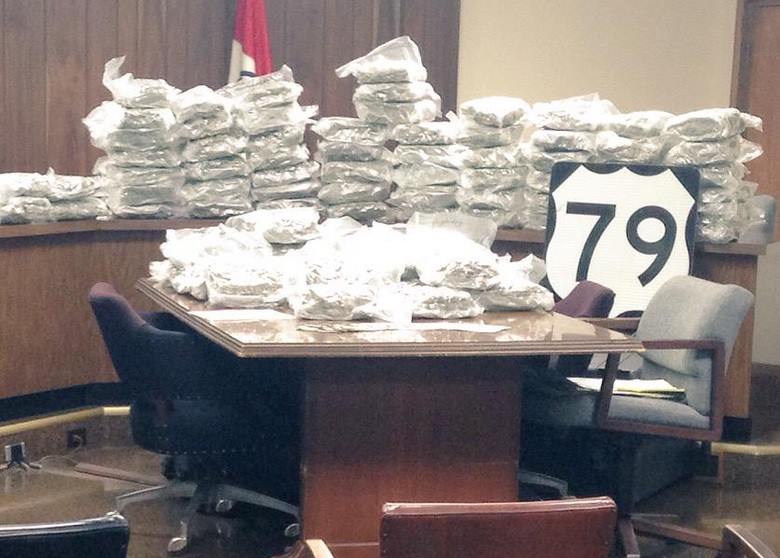 HENRY COUNTY, Tenn. — A traffic stop on Highway 79 South leads Henry County officers to a major bust. “Through some good roadside investigative techniques, we’re coming up just shy of 115 pounds of marijuana,” Henry County Sheriff Monte Belew said. That is the largest amount of marijuana this department has ever seized at one time. Along with the drugs, more than $2,400 in cash also was recovered. Officers said it was mere circumstance a car they pulled over because of a non-working headlight ended up in the discovery of all the drugs. “You have to have a legal reason to stop the subject,” Belew said. “The headlight violation was it, and then you’re looking for whether the subject is nervous, whether he’s telling you things accurately.” Behind the wheel was Isaac Conger, 30, a Henry County native officers believe was on his way to New York to deliver the organized packages. The packages were color-coded and flavored. The metro narcotics unit said Herrum, the drug task force dog, was overwhelmed. “It doesn’t always work out like this,” Sgt. Ricky Watson said. “We’ve done search warrants where we get smaller amounts we’re just as proud of, but these big ones are really nice.” Deputies said Conger does not have a criminal history in Tennessee, but they said he also lives in Arizona. Conger is charged with having a felony amount of marijuana, but as the investigation continues more charges could follow. Conger is jailed in Henry County in lieu of a $150,000 bond.