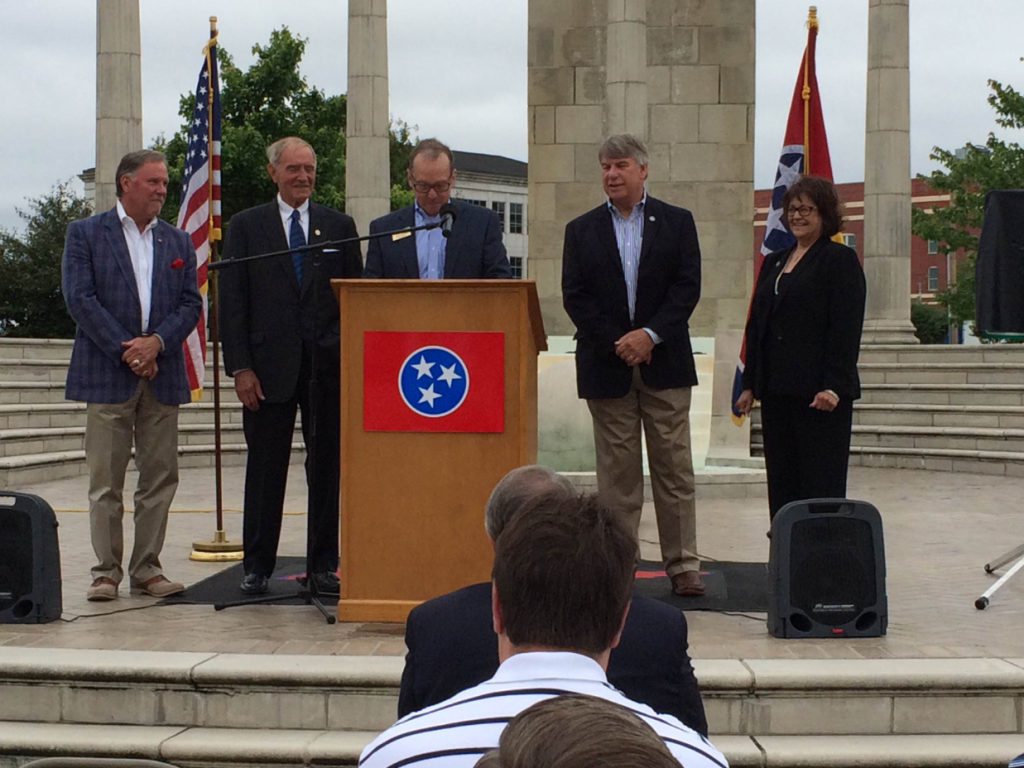 DOWNTOWN JACKSON — Officials with the Tennessee Department of Transportation visited the Hub City Tuesday as part of a tour celebrating 100 years of transportation in the Volunteer State. Commissioner John Schroer was among those representing the department during the Centennial Bus Tour’s stop at Unity Park near downtown Jackson. During the tour, Schroer along with elected officials and transportation stakeholders will travel by bus to unveil commemorative signs marking State Route 1, the state‘s first priority road, according to the department.