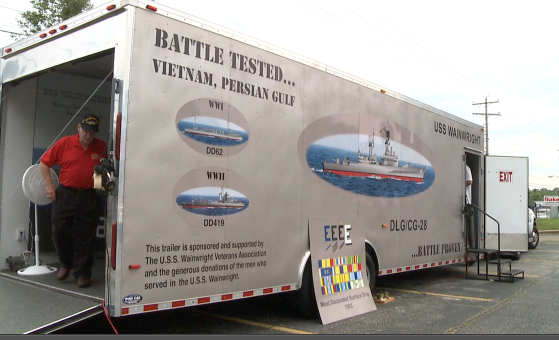 The exhibit operated by the former sailors of the Wainwright travels across the country to honor all the military veterans who served aboard the ship. The tour also gives visitors the chance to see artifacts from the navy vessel. “We feel that it pays tribute to our former shipmates and our fellow shipmates in the Navy that have gone before us,” said Edward Cookenham of the USS Wainwright Association. This is the fifth year the exhibit has traveled across the country.