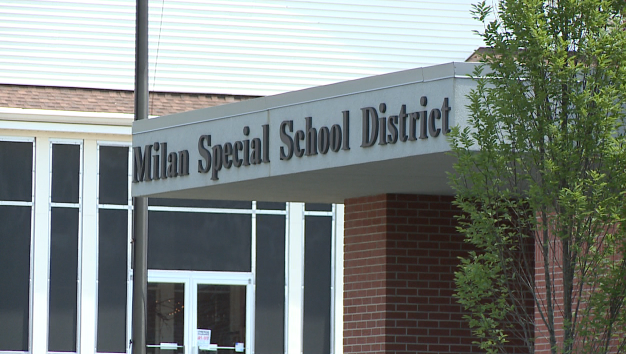 MILAN, Tenn. — Fallout ensues after a showdown at a school board meeting Monday night in Milan. The screaming match began after a member of the school board brought up firing the superintendent who still has two years on her contract. School board members said Monday’s meeting was supposed to be about honoring the success of their students, but that focus quickly changed with talk of the superintendent’s contract, something many in the room said caught them off guard. “It became a back and forth — the very thing that we wouldn’t allow our children to do in school,” director of the Milan Special School District Dr. Mary Reel said. It was an argument many said they did not see coming. “Some took their students to the foyer and even waited outside until we moved on in the agenda,” school board chairman David Nelson said. The question was whether to terminate Reel’s contract. She has been with the district eight years with two years remaining. “We think the school system needs to go in a new direction,” board member Greg Horton said. Horton brought the question up for the first time Monday night, sparking the shouting match with Nelson and Reel. Horton said it has been a concern of his for a while. “We’re concerned about morale and we’re concerned about policy enforcement,” Horton said. But Nelson said without notice, Monday night was not the time to bring it up. “We could discuss it, but we would not be able to take action,” Nelson said. “I was also concerned about legal counsel.” To stay within state law, he said it should have been on the agenda and the public notified. Despite this stir-up, Reel said she is still focused on finishing out the year. “We still have a school system and we still have days of school,” Reel said. “So it’s interesting timing.” But Nelson said whatever the outcome in the end, Monday’s showdown should never happen again. “We need to do it with taste and class and be professionals about it,” Nelson said. “Monday night was not professional.” The board will hold an open special meeting on June 3 to vote on whether to terminate Reel’s contract. The meeting will be held at 5:30 p.m. at the district’s Central Office at 1165 South Main Street in Milan. To hear the full audio recording of Monday night’s meeting, we’ve posted it in the Seen on 7 section of our website.