Suspect in string of burglaries in custody 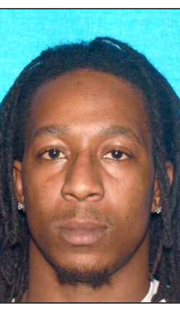 CROCKETT COUNTY. Tenn.,– Investigators said Quentin Devon Woods did not have a typical method of operation when choosing when and where to rob and burglarize. In one case, an 87-year-old robbery victim told investigators Woods was “very nice” during the home invasion using phrases like “yes ma’am” and “no ma’am”. The victim even said Woods claims he did not want to hurt her. “Picking on the elderly people is just not good.” one Gadsden resident, Bobby Craig, said. Crockett County Sheriff Troy Klyce said he does not believe Woods was targeting just the elderly. “He (Woods) first came there asking for directions and then returned a few minutes later and forced his way into the home.” Crockett County investigators said Woods now faces at least six charges from aggravated burglary to vandalism. Woods is believed to be linked to multiple burglaries and robberies in Crockett and Madison counties, including one at a Beech Bluff business last week. Craig said, “It wouldnt’ve made no difference what county he was in—he didn’t need to do it to start with.” One woman, a neighbor of the victim, who did not want to be identified says she had a strange encounter with Woods before the home invasion on Mason Grove Road. “We had been spraying and he was parked over by our gas tanks and usually during the summer or spring when it starts to get nice people will try to steal gas from us”, she said. Deputies said Woods took money and silverware from a home—but it is what the alleged victim did while alone with Woods that may have been the reason he turned himself in Monday night, she began to pray out-loud, according to Sheriff Klyce. The victim’s neighbor said, “Hopefully her praying for him made him able to make the decision to own up to his responsibilities”. Woods does not have any prior criminal history in Crockett or Madison Counties. In Madison County, Woods and Roger Spencer are accused of stealing items, which were recovered by deputies last week. Investigators said the thousands of dollars worth of items are now back with their rightful owners. Deputies credit the return of everything from leaf blowers to silverware to WBBJ 7 Eyewitness News viewers. “It’s such a good feeling on our part to know y’all helped us help them because we like happy endings,” said Tom Mapes with the Madison County Sheriff’s Department. Officials said all together the stolen goods were valued at between $5,000 and $10,000.