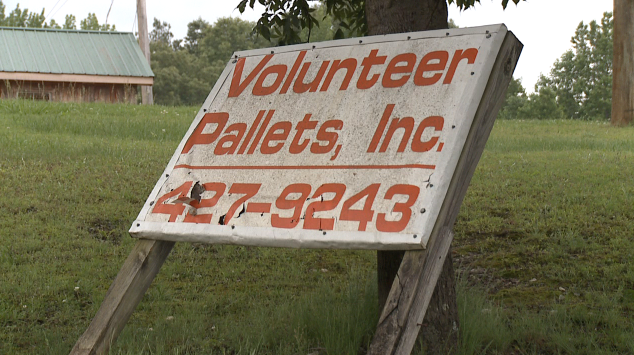 MADISON COUNTY, Tenn. — Alleged burglars tried to break into Volunteer Pallets, but deputies said the owner was prepared for them. The Madison County Sheriff’s Office said, due to break-ins nearby, the company owner thought he might be a target and was prepared. “He knew in advance he was going to be hit, and so he decided to take it on himself to catch them,” Tom Mapes with the Madison County Sheriff’s Office said. “As they approached the business, he yelled for them to stop and they took off and ran.” Officials said that is when the owner fired warning shots at the suspects, now identified at Cody Mills, Stephanie Nickell, and Will Anderson. The three are now charged with attempted burglary. The suspects were arrested after a chase with deputies ended in a car crash. Although they are thankful this event ended in an arrest, deputies said this behavior is not something they would encourage for other business owners. “We were disturbed by the fact the individual would choose to do it himself. We probably would have preferred if someone has a situation like this that they know in advance, they let us know and that way we could set it up and catch them red-handed,” Mapes said. The sheriff’s office said burglaries like this one may be connected to others that have recently occurred in the county.