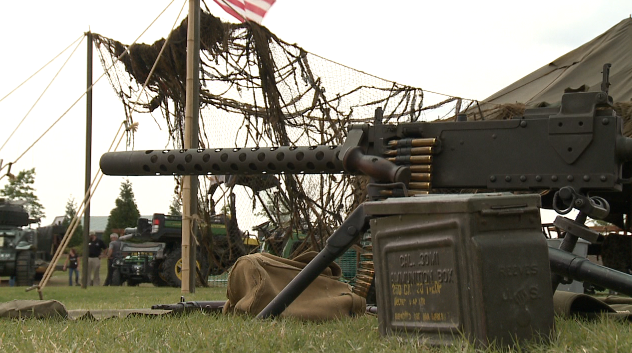 UNION CITY, Tenn. — To help honor veterans ahead of Memorial Day, one group of Volunteer State re-enactors set up a World War II living history display. “Just to know that we’re doing something for our country,” said Bob McFarland, a U.S. Army veteran and member of the Midsouth Military Museum. “I hope it helps bring back memories of their people. Sometimes they don’t think about they had uncles and aunts or whatever that served in the service.” Others who aren’t veterans said they want to honor the sacrifices made. “We have a tremendous respect for our veterans, and part of what we do is give honor and credence to our veterans, the ones that served, and we don’t want them to be forgotten,” re-enactor Paul Mathes told WBBJ. Re-enactors like Mathes say they hope those who come have a new appreciation for those who served. “I want to give honor to the veterans who went before,” Mathes said. “They did it without question when they went forth. They realized that our ideals, our political system, our way of life in this country was worth fighting for.” “We hope that we can pass on the history of what our forefathers did for us to give us the freedoms that we have today,” McFarland said. The display will be up at the Discovery Park of America through Monday afternoon, when the re-enactors will take part in the park’s Memorial Day service.