Senate calls on House to do flag salute amid Tenn. logo flap 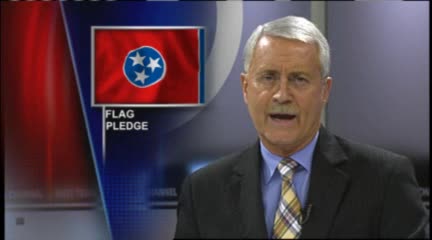 NASHVILLE, Tenn. (AP) – A flap over a new logo being introduced by Gov. Bill Haslam’s administration is providing an opportunity for the state Senate to renew calls that the House recite a special pledge to the Tennessee flag.

Reports of the logo featuring the letters TN in white on a square red field patterned on the Tennessee flag has led to fears on social media that it is replacing the tri-star from the state flag.

Senate Majority Leader Mark Norris in a letter to colleagues acknowledges that the concerns about changes to the state flag are “unfounded.” But he says the Senate’s daily recitation of the “Salute to the Flag of Tennessee” underscores the chamber’s support for the symbol.

He is calling on fellow Republican House Speaker Beth Harwell to have her chamber follow suit.