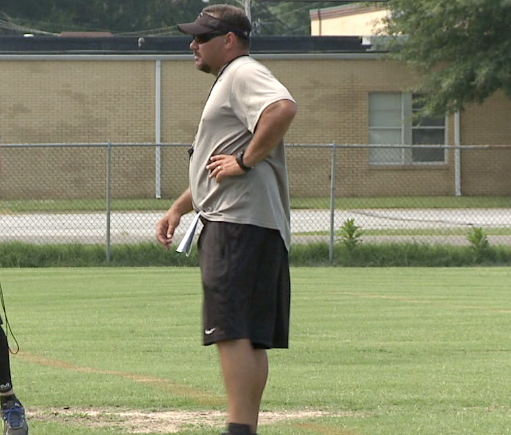 SOUTH JACKSON, Tenn. – South Side is searching for a new head football coach for the third time in three years. Jason Driggers informed the school and his team that he is resigning to become Peabody’s defensive coordinator on Tuesday. “It’s a tough decision, but as a coach you always have to make decision based upon who lives under the roof of your house,” said Driggers. “We felt as a family, it would be better if we moved to Trenton.” Defensive coordinator Brian Moore has been named South Side’s interim head coach. Principal Anita Tucker says finding a new coach isn’t going to happen overnight. “The first week of interviews is next week,” Tucker said. “It’s very tough timing. We have to be very careful in our selection.” Driggers was South Side’s head coach for two years. Under the helm of him, the Hawks went 4-16. “I do want to thank Ms. [Anita] Tucker, the administration, the faculty and young men I coached at South Side,” said Driggers. “It’s a great place out there. We had to make a very difficult decision — toughest one of my professional career.” Driggers’ heart is filled with mixed emotions. He says it’s hard leaving a place he spent nearly a decade at, but he’s excited about his new home. “They have a real good thing going on at Trenton and some real good coaches on the staff,” Driggers added. “I think we’ll have really good rapport with each other and I’m looking forward to the opportunity.” Tucker tells Eyewitness Sports she wants to have someone finalized by July. Stay right here for latest on South Side’s coaching vacancy.